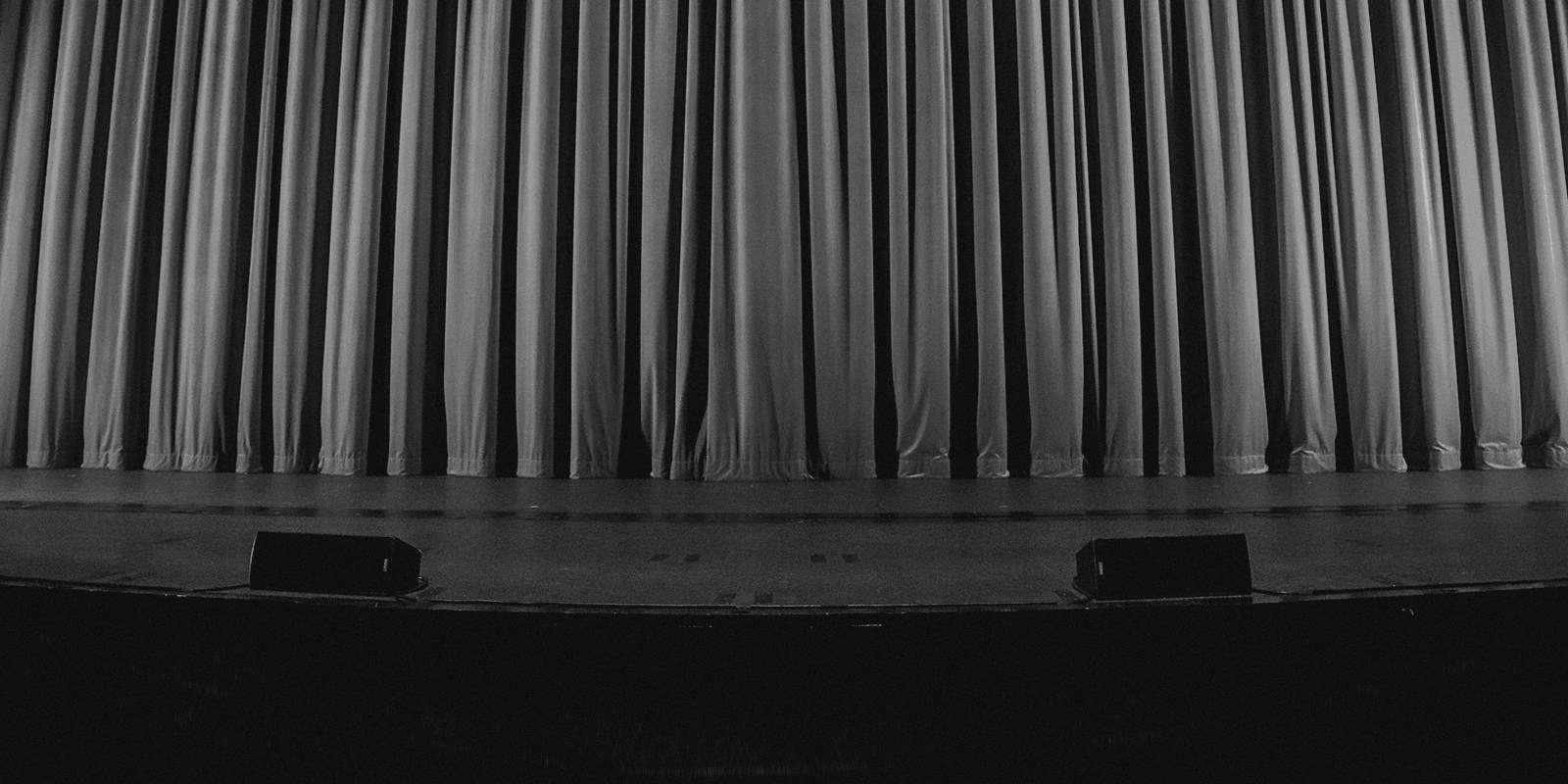 The Pitch as Performance

My colleague Brian McDonald is a writer, director, teacher, and author—and in a former life, he performed stand-up around the Los Angeles comedy scene. If you’ve ever been to a stand-up show, you know that the crowd can be tough—from barely there to drunk and angry, the audience is always the wild card. And although you’re unlikely to come across a boozy, disruptive group during a pitch, your audience can still be tricky to please—and presenting can feel scary.

I asked Brian to share his tips and tricks from the stage for pitching work, because pitching—whether you’ve considered it or not—is a performance in and of itself. Here are Brian’s three rules for pitching, gleaned from his time on the stand-up circuit.

According to Brian, it takes 10 years for a comedian to get good—but he was only in it for eight, so he never got good (or so he says). Ten is the magic number because that’s the time it takes for a comic to become his or herself.

Most young comedians start by mimicking another comedian. They’ve yet to settle in to who they are. But a Joan Rivers joke isn’t funny when Sarah Silverman tells it, and Jerry Seinfeld can’t drop a Steve Martin one-liner and get the same effect. The thing that makes a great comedian, Brian says, is that they are distinctly and uniquely themselves. Believing that your distinct, unique self is good enough—and then acting as such—takes a lot time and practice.

There’s a distinction between standing at the head of the table as someone else—your idea of a good presenter—and standing at the head of the table as yourself. The latter will always prove to be more effective. I find that when I can ease into and own my distinct, unique self, I can shed some of the insecurities that get in my way when pitching work and become more comfortable and confident. And research suggests that confidence is an indicator of success. In this case, that means winning work.

The thing that makes a great comedian is that they are distinctly and uniquely themselves. Believe that your distinct, unique self is good enough—and then act as such.

There is a term in performance: the fourth wall. The fourth wall is an invisible, imagined barrier that separates actors from the audience. As a viewer, you might never consider the fourth wall—until an actor breaks it. The scene is no longer a monologue, but a dialogue. You’ve been brought in.

In stand-up, you never consider the fourth wall because the comedian is always breaking it, feeding off the audience and improvising based on real-time feedback. This is a good thing—it makes the performance more fun.

People—regardless of the size of your audience—want to be spoken to, not at. One way to do this is to check in, not just for comprehension, but as an invitation to the audience you’re pitching to: “Does this make sense?” “Do you have any questions?” “Are we all on the same page?” You’re breaking the fourth wall of the presentation, reading the room, and asking your audience to participate. And infusing a little comedy of your own makes your pitch that much better. The difference between a dry presentation (we’ve all suffered through one or two of those, right?) and an engaging one is a little bit of relatability and humor. Next time you present, throw out a story from a lived experience that people will “get,” make it about you (a little self-deprecation goes a long way), and, if you can, deliver an unexpected punchline.

When you pay attention to your audience and turn a presentation into a conversation peppered with comedy, they’ll focus on and engage with you in a new way. There’s another benefit: When you’re less focused on yourself, it’s easier to let your insecurities slip away and, in turn, become more yourself.

If he could, Brian would visit the venue before a stand-up set. He’d hop on the stage and pay attention to the lighting. Then he’d move to the auditorium, sit in various seats, and think, “What does it look like from here?” He’d make note of the nuances of the space—the chandelier, the bathroom too close to the stage, the noisy bar—and use those notes both to get acquainted and comfortable, but also as fodder for the skit. Brian says, “If you know how to get on the stage, you can take the stage with more confidence.”

When it comes to pitching work, you might not have the luxury of seeing the conference room beforehand, but you can take a quick survey to get familiar with your surroundings and find an opportunity to make a quip about, say, the lavishness of their fancy coffee vs. the gross instant stuff you have to drink out of desperation back at your work space.

Brian also suggests taking a moment before you begin, almost as a meditation, to draw some confidence from the space. Study the room, root your feet on the floor, and take three to five deep, deliberate breaths. It might sound a little silly, but it’s a cue to remind yourself that you’re anchored and sturdy. Once you find the floor, you can draw that confidence up through your entire body. You’ll be amazed at the results—your posture will shift, allowing you to stand tall, and you’ll open your diaphragm, making it easier to project assertively. Remember Amy Cuddy and power posing? Regardless of the controversy around the social science, the impact of her theory isn’t up for debate. (The placebo effect is real.)

What each of Brian’s rules for pitching has in common is diminishing any sort of gimmick or act—which is ironic because I assumed performing meant putting on some other version of myself. My question for Brian was, What do I have to learn about performance in order to get better at pitching? His answer, simply put: an awareness of (and confidence in) yourself, your audience, and your stage. Does that make sense? Good. Now go get a win with the coolness and calm of a stand-up comedian.