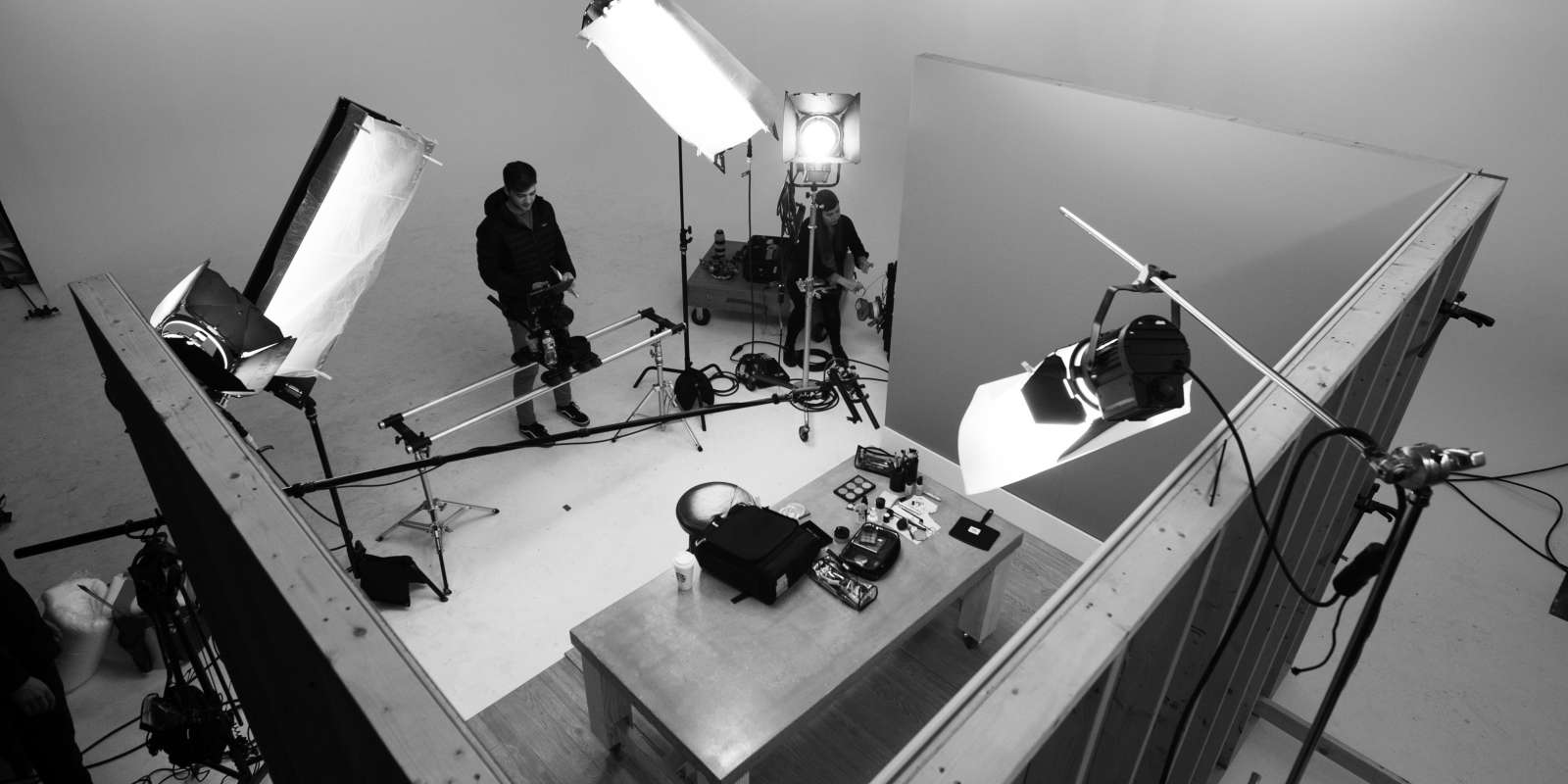 By Hannah Lofgren, director of production

A production set should run like a well-oiled machine, with a clear chain of command and delegated responsibilities. When you're on a set—regardless of your role—it’s imperative that you know who each department’s supervisor is at all times and that you maintain clear communication with them so you fully understand what's expected of you. Sometimes, thinking you're being super helpful on set is actually quite the opposite, so be sure to check first with the department who owns the things you're touching before moving them or putting them away

There’s always something that can be done on set—even during slow times—to help prepare for the next shot or be wrapped on time. This could be anything from arranging or clearing furniture (but not props, unless you're part of the art department or if they give you expressed permission to touch their stuff) to setting up lights, finding outlets and running stingers, making gear easier to access and/or look more presentable, getting crew water and/or snacks, and later in the shoot, cleaning up and loading any gear that will no longer be needed.

While much of this falls under the responsibility of a production assistant (commonly abbreviated PA), this role may extend to virtually anyone on set, from producers to account managers to creative directors. Anyone who offers to lend a hand on set will most certainly be met with appreciation and gratitude—just be sure to ask questions about ways you can be helpful first, so you’re not undoing anyone else’s work or making a mistake that someone else will need to come in after you to fix.

Here are a few other guidelines that you can follow when on set to help ensure that the production runs smoothly, safely, and efficiently:

Don’t move until the interviewer is asking a question (unless it’s an emergency).

You may think you’re not making much noise when you walk over to get a drink of water or a snack, but microphones can pick up a lot of ambient noise. As a general rule, it’s best to wait to make any movement until the director is ready to move onto the next take. If you’re ever making too much of a racket on set, you'll know it from the glances shot your way by the sound recordist and other crew members.

If you think a question needs to be asked, talk to the director (or producer) first. Asking questions when it’s not your turn or your responsibility can:

When closing a case, always close all latches.

When picking up a case for transport, first ensure that all latches are securely closed. Cases typically contain fragile gear such as camera bodies, lenses, and media cards—all things that you definitely don’t want to be responsible for damaging.

When you are handing over a lens, camera, or other important equipment to someone else, ensure that they verbally say “got it” before you release your grip.

Do the same when receiving equipment from someone else. Following this rule will drastically reduce the chance of damaging fragile camera equipment.

As a rule of thumb, if you don’t know what to do on set, how to operate something, or need clarification on anything, don’t hesitate to ask!

You will never be reprimanded for asking for clarification, but you may get in trouble for assuming something that ends up being wrong.

Dress professionally, but not like you’re going to an interview.

Just because you can wear a shirt with swear words or other graphic imagery to a production, doesn’t mean you should. While you may know your crew well—and even if you know they won’t care—you might not always know when clients are going to be on set or who the talent will be. It’s always best to err on the side of professionalism. That doesn’t mean you need to dress business casual, but more so, to be careful with the image you're conveying about yourself and your job on set. Solid black clothing never goes out of style, and you can avoid being seen on any reflective surfaces that way, too—if you’ve ever wondered why people on set tend to wear all black, that’s a big reason why!

Arrive on set a little earlier than your call time.

You never know how bad traffic will be (especially if you live in Seattle) or what the parking situation will be like on set, so arrive early. It'll shut down opportunities for added stress, and it gives you a chance to get a lay of the land, chat and network with the crew, and have a cup of coffee or a bite to eat before you’re fully engaged in your work.

Familiarize yourself with the call sheet ahead of time.

Yes, that means actually reading the call sheet! This document contains all the information the crew needs to know about the shoot, such as the time each member is to arrive along with their contact information, as well as the schedule for the day. Call sheets are typically sent to the crew via email the day before the shoot. Most of the questions folks have on your mind (When will we wrap? How many scenes are we shooting? What are we having for lunch?) will be answered on the call sheet. This will also give you bonus points with the producer, who most likely spent time out of their day making the call sheet—you don’t want to ask them questions that could be answered simply by reading it.

Let others know when you’re coming through with a big piece of furniture, running to the truck to get an extra piece of equipment, or leaving set to take a bathroom break. You never want to leave your supervisor wondering where you are or what you’re doing, especially when there are things to be done.

Don't plug anything into an available outlet without asking first, and never unplug anything that’s already plugged in.

Something as simple as plugging in your laptop could flip a breaker and shut off all the lights on set. Trust me: that's not something you want to be responsible for! Similarly, you never want to unplug anything and create a disturbance on set, either. When in doubt, ask someone in charge of dealing with lighting equipment, such as a gaffer (head electrician) or a grip (who helps the gaffer with other lighting gear).

Be respectful of the location.

This applies to any set, whether it be a studio, a business, or someone’s home. Be extra conscious of any debris that you’re tracking in, and where you’re setting down equipment—especially when you're in someone’s home. When in doubt, ask the homeowner what their preference is. Do your best to remember what the space looked like before the shoot (taking “before” photos is especially useful), and always strive to leave the location better than you found it.

Following these basic rules will not only give you help the production run smoothly and efficiently, it will also give you credibility and respect from those on set—and make it much more likely you'll be invited back to another production in the future.