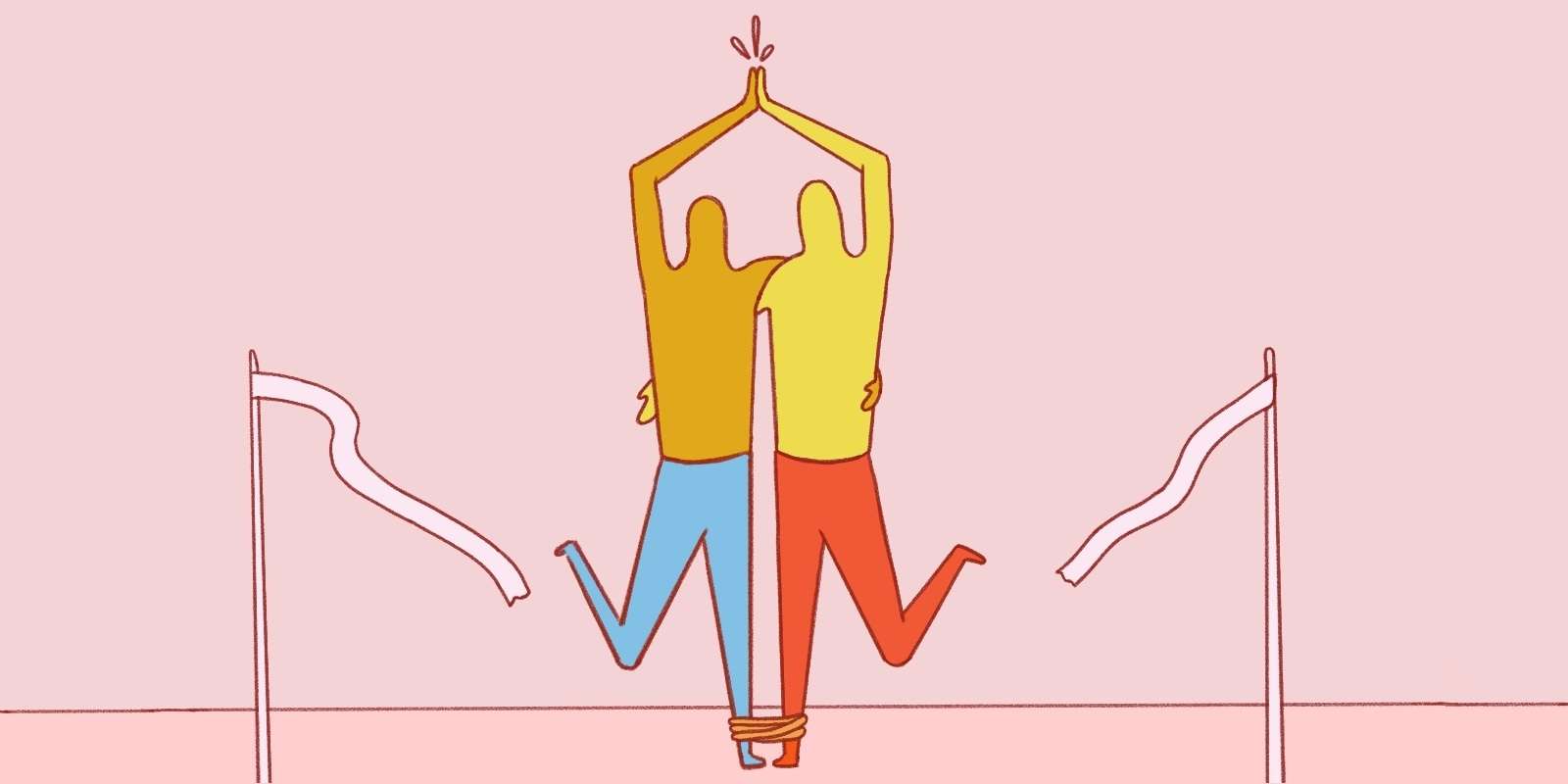 How to Give Good Feedback as a Creative Director

Every creative director needs to give feedback to their team—sometimes it’s good, sometimes it’s bad, and more often than not, it’s hard. Giving feedback isn't always an easy skill to develop, especially because as creatives, we often feel like our work is part of us. But when it comes to creating good work, giving clear and constructive feedback is absolutely necessary. In this blog, we’re breaking down how to give feedback—and it all starts with giving good direction.

How to give direction

Good direction is first and foremost clear: Here's the problem we’re trying to solve and here are the guidelines we'll use to solve it. Keep in mind: Giving direction is not micro-managing; it’s setting parameters for your team to operate within—which ultimately sets everyone up for success.

It’s a lot harder to create than to critique. Have you ever stared at a blank piece of paper? Picked up a camera with an empty card? It’s incredibly scary because the possibilities are endless. When giving feedback, it’s important to keep the pains of the creative process front-of-mind. Someone has created something from nothing—and that in and of itself is a huge task.

It’s also important to remember that you’re all on the same team, and you’re all trying to accomplish the same thing. (Remember when you provided initial direction and got agreement from everyone? That’s why giving good direction is so important!) Feedback should help the team end up with work that meets the goal of the project. And because you did the work up front to set a clear direction, it should be clear when the work fails to meet the goals of the project.

Let the creative pitch their work

Remember, you work with a team of specialists who are each experts in their field. You’ve given them a job to solve a problem, so it makes sense to allow them to stand behind their work. First, it helps to have the creative pitching the work restate the problem they're trying to solve. They can anticipate any potential feedback in the initial explanation of the presentation, and answer a lot of questions from the get-go. It also enables them to explain the decisions they made that are specific to their craft and how those choices are solving the problem. This gives people a shared language for how to explain what’s landing and what’s not—and it also helps people see what they otherwise might take for granted or not notice.

Allowing your team to present their own work also gives the rest of the team a chance to agree with the decisions being made. They can’t do that if they don’t know what decisions have been made (and why). It’s also great practice for everyone on your team. Presenting work internally is the first step toward presenting work to clients.

Start with what’s working—then what’s not

When it comes time to give your feedback as a creative director, start with what’s working. Remember what we said about creating something out of nothing: it’s a big deal. No matter if this is the first thing they've made or the seven-hundredth, creating something requires a little bit of their soul. Take a minute to acknowledge that, and make it a point to call out the parts of the work that really shine. They’ve likely spent hours—if not days—with this version, so rather than taking five minutes and saying here’s how to fix this, take a minute and ask yourself, “What isn’t working?” Then, clearly articulate whatever that is. What's preventing the creative from accomplishing the goal you’ve all agreed upon at the beginning? Their solution might be different from what you would’ve done, but that doesn't mean it’s the wrong solution. But, if their solution won’t solve the problem, tell them why, clearly and kindly, and give them the space to figure out how to fix it, rather than try to fix it for them.

Give all your feedback in the first round of review

If (and when) you notice something that’s not working, say it and say it now. Don’t wait until the third round when things have been moved, changed, and altered and a new series of notes would add another round of work. The purpose of feedback on round one is to highlight anything that's not solving the problem you’ve all agreed upon. Round two and round three are to accept any changes based on feedback from round one.

Ask yourself: Is it right? (Not, Is it perfect?)

There’s a difference between work being done right and work being done perfectly. It’s a very rare thing when one person can communicate their idea to another and they can perfectly execute that idea. Being right means that the end result will produce the desired outcome—and there will always be more than just one way to execute the client’s vision well. Perfect work is elusive, and to be frank, it’s subjective. You should absolutely have expectations around the work delivered, but when you can confidently say the work solves the problem, you’re in a good spot. It’s really easy to be distracted by the idea of perfection, but it's more important to consider these questions: Is what they're saying or showing true? Is it clear? Does it speak to the right audience? Will it drive the right action? If the answers are "yes," then it’s right.

Finally, and perhaps most importantly, be patient. Think of your specialist as a translator—they’re translating a language for you, one where you might miss some of the nuance of their specific discipline. You’ve given them a concept and tasked them with translating it into their specialty, whether that’s film, copy, design, or strategy. Language barriers demand patience. Are you being patient with your team? If someone keeps missing the mark, you have to pause to consider if you’ve given good direction from the beginning. Your first instinct shouldn't be frustration—it should be self-reflection.

A special thanks to senior graphic designer Matt Naylor and filmmaker Nathan Shain. Their insights on feedback helped shape this article.