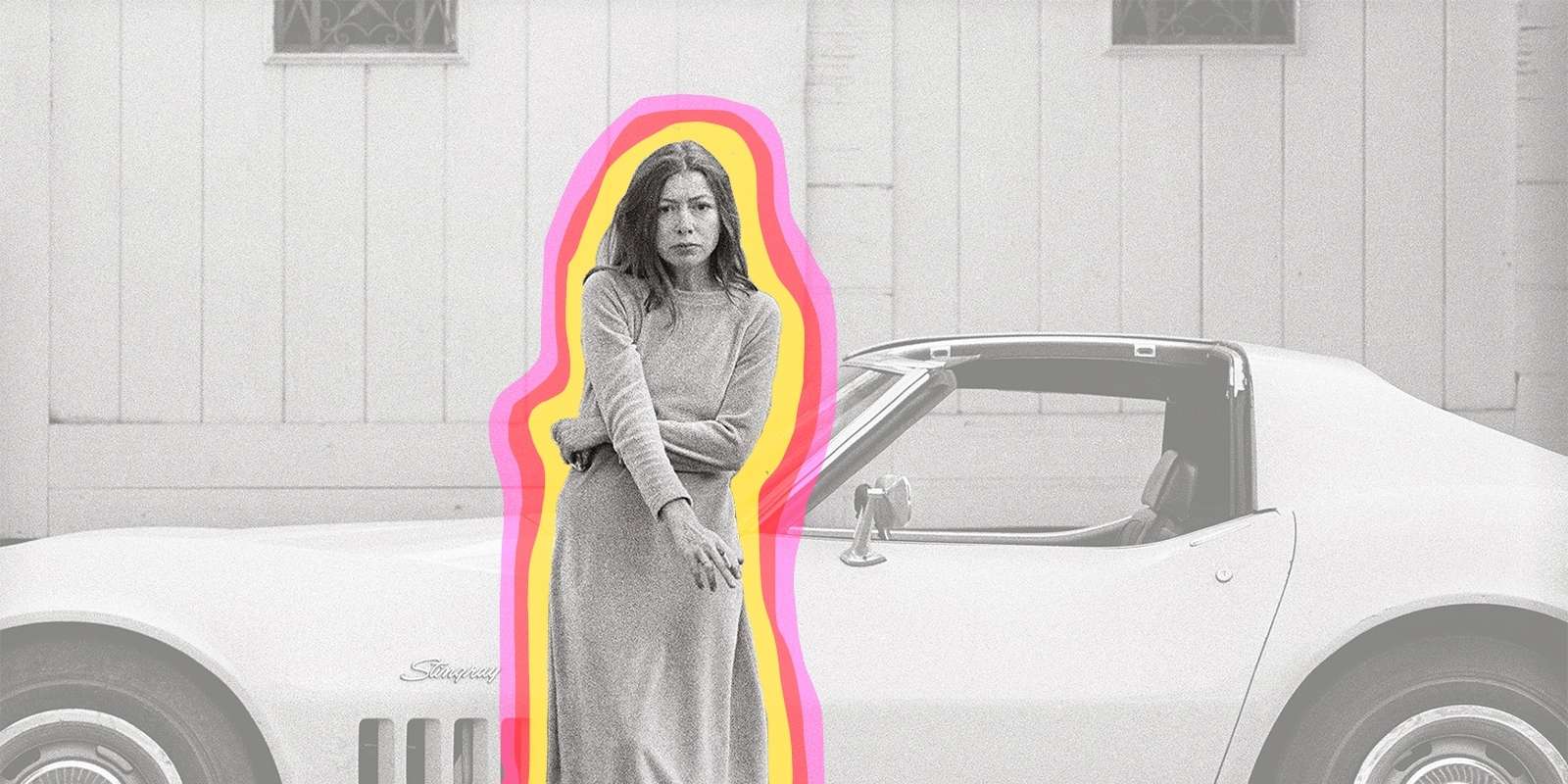 I can’t remember what prompted my ordering Slouching Towards Bethlehem exactly, except maybe a frivolous decision to invest myself in being a "writer’s writer." I’ve always written, but it’s been the pithy advertising kind of writing, not the writer’s kind of writing. What I did not anticipate when I picked up Joan Didion’s book of essays (many of which are about her life in California during the 1960s) for the first time, was the impact she’d have on my understanding not just of great writing, but of myself and my own self-worth.

In an interview for the New York Public Library, Didion said she taught herself to write by typing out Hemingway. It’s how she got his rhythms in her head. “It turned out to be kind of catching,” she said. So, in the spirit of Didion, I started collecting works by the best female essayists, poets, and novelists of the past several decades, and I copied my favorite passages from each into my notebook. I consumed it all—voraciously—from Joan Didion, Annie Dillard, and Sylvia Plath to Barbara Kingsolver, Anne Lamott, and Roxane Gay.

With each passage, I hoped to assimilate their poetry and prose as my own—to “steal like an artist.” I wanted to sound like them. But I wanted to sound most like Joan Didion. I was struck by her directness, but even more by her lyricism. Her retelling of events is strikingly matter-of-fact, with its own cadence that modulates across the page. She is the writer’s writer.

“Self-respect: Its Source, Its Power” was first published in Vogue in 1961. Its origins were inauspicious. Didion was asked at the eleventh hour to fill an editorial gap on the topic of self-respect. She produced the seminal essay as the magazine was going to press, and she wrote to an exact character count—a perfect portrait of her sometimes acerbic genius.

“Self-respect,” quite frankly, changed my life. In it, Didion is confronted with her sense of self for the first time when she’s denied acceptance into Phi Beta Kappa. (A surprise to no one but herself. Her grades were poor.) This, for Didion, was the end of innocence; the shocking realization that the outside world doesn’t always agree with your opinion of yourself—and that perhaps it’s time to further interrogate not what’s around you, but what’s in you. At the time of my reading, I too was confronting my own sense of self.

When you respect yourself—when you’re willing to take responsibility for your life—you free yourself from the mooring of what others think.

Our instinct to value ourselves above others is innate; a matter of survival. We were born this way. And while the days of duking it out in the wilderness are behind us, the instinct remains—only now, until you cultivate true self-respect, it’s manifested into something more akin to self-deception. Coming to that realization, that we too have flaws, is the end of innocence, and, as Didion exposes, the end of that virginal brand of self-respect.

But you can get snagged just as easily by a lack of self-respect as you can by the self-respect (or self-absorption) you’re clumsily born into. “To live without self-respect,” Didion says, is to lie down in the bed we’ve made ourselves and “[count] up the sins of commission and omission, the trusts betrayed, the promises subtly broken, the gifts irrevocably wasted through sloth or cowardice or carelessness.” To live without self-respect, then, looks a lot like self-loathing. When you fail to respect yourself, you compulsively focus on pleasing others, trying to live inside the suffocating expectations they’ve created for you. This, I can tell you from experience, is a prison—one that’s a breeding ground for bitterness and resentment.

Real self-respect is born of intellectual honesty. “People with self-respect have the courage of their mistakes. They know the price of things,” she writes. You don’t inherit it from your ancestors and you don’t try it on because of someone else’s prompting or demands. Self-respect requires courage and discipline. It requires a daily and sometimes to-the-minute commitment to our own self-worth—not sprung from someone else’s ideas, but sprung from a knowledge of ourselves.

This kind of self-respect is singular in its power. When you respect yourself—when you’re willing to take responsibility for your life—you free yourself from the mooring of what others think, whether you’ve been denied entry into Phi Beta Kappa, you didn’t get the job or win the work, or you were spurned by a friend or a lover.

I hoped handwriting my favorite Joan Didion passages would make be a better writer, but the real gift she gave me was in urging me toward self-respect. It’s here, firmly rooted in the respect I now have for myself, where I found the well I draw upon to write—to be a writer’s writer.