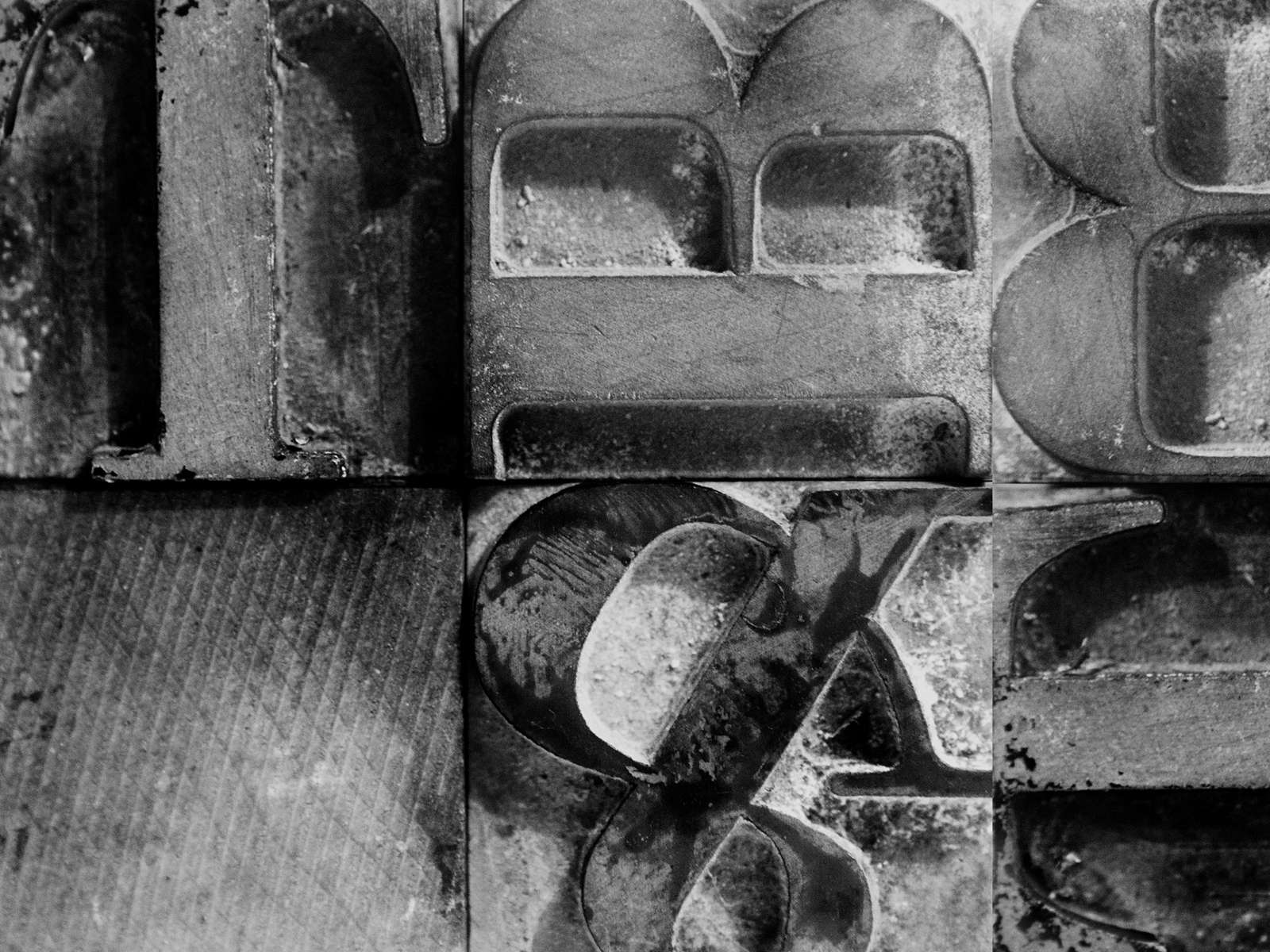 7 Tips for Improving Your Writing (From an Editor)

Whether you’re a first-time author or Hemingway himself, every writer needs an editor. A marked-up manuscript is terrifying (and, let’s be honest, painful), but I promise: your editor is your best friend. They exist to make you sound your best.

Here are seven simple things you can do to instantly improve the readability and quality of your work, make your editor happy, and reduce the number of red marks on the page. These are the errors I correct most often—but they’re also the easiest for you to spot yourself. Once someone has pointed them out to you, you’ll start to notice them in your own work as you review. And, over time, you’ll naturally start avoiding them in the first place.

“That” worked its way into our written language the same way “like” and “so” did—with our speech. And like “like” and “so,” you don’t need it to get your point across—in fact, it might actually get in your way. There are a lot of technical reasons the word “that” is often unnecessary in your writing (they have to do with confusing terms like “subordinate clause” and “predicative complements”), but here’s what you need to know: most of the time, you can delete it.

Take a look at the following sentences:

2. On that note—eliminate filler words, too

You should require a lot of your words—each one has to earn its place in your sentences. We touched on “that,” “like,” and “so,” but there are other words that are even more insidious, because they creep up on your work without you realizing they’re fluff. Cutting them will help your writing be more powerful.

Each of these words dilute your writing by creating stumbling blocks; turns of phrase the reader has to trip over as they reach your main point. Your goal should be eliminating unnecessary words. (Look out, too, for redundant terms like “very unique,” where you use a word to add emphasis to one that’s already very specific.)

It’s the first of George Orwell's six elementary rules ("Politics and the English Language," 1946): “Never use a metaphor, simile, or other figure of speech which you are used to seeing in print.” Tip of the iceberg, against all odds, calm before the storm and other phrases like them have lost their effect due to overuse. (On the other end of the spectrum, watch out for metaphors that are so niche and specific they may fly right over the head of your readers. I recently asked a writer to consider, “Will the audience be familiar enough with gymnastics to know what it means to ‘be as balanced as Gabby Douglas on the beam?’”)

You might not even notice you’re using them, so scan your work to find instances of cliches (check your work using an online scanner like this one) and push yourself to explain the same concept in a fresh way using concrete phrases.

Your writing should glide people along a page like an airport moving walkway. Active voice helps with that—it uses the position of the verb in your sentence to keep the action pushing forward. “Active” and “passive” voice refers to the way you structure three elements in your sentence: the subject, the object, and the verb.

Take a look at this example from the British Council:

In the above example, the subject/actor (Julie) performed the action (baked) on an object (cake).

The passive voice, on the other hand, is when the object is acted upon by the subject of the sentence.

“The cake was baked by Julie.”

The object (cake) was the recipient of an action (baked), which was performed by the subject (Julie). 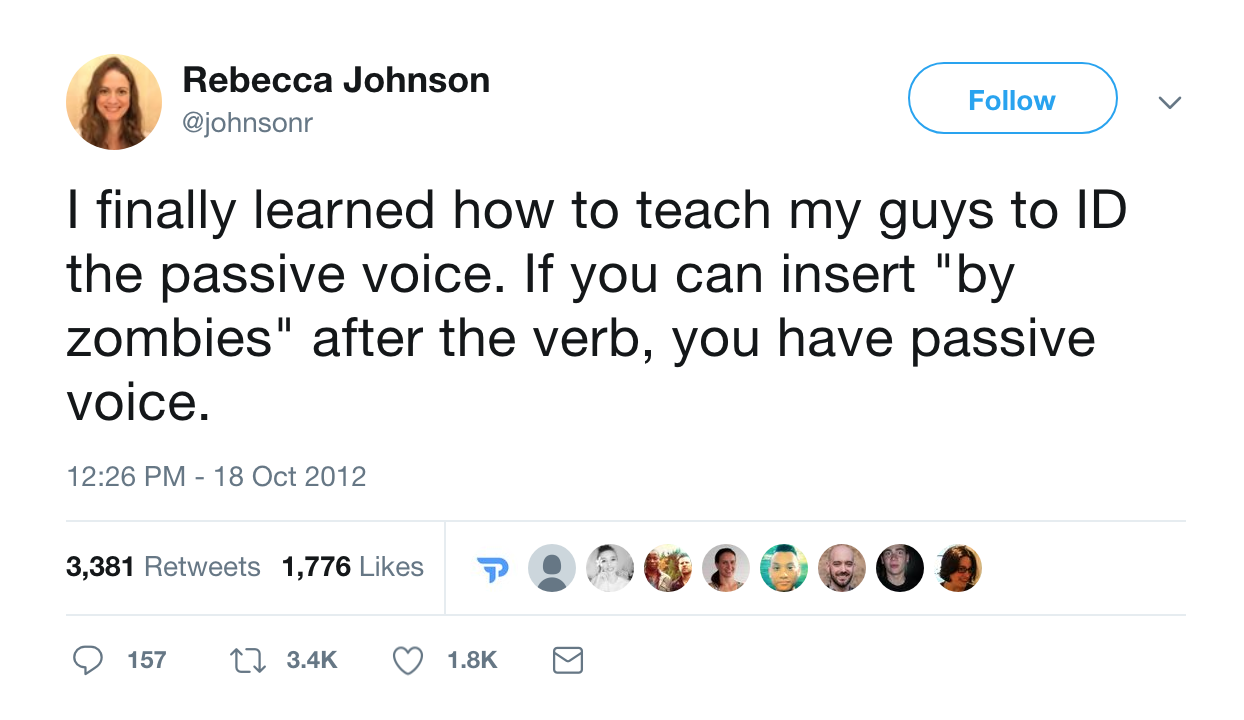 Try it yourself with the following three sentences, only one of which is written using active voice:

If you’re writing an opinion piece (I use the term “opinion” here loosely—“opinion” like this article; like most non-news published work), the reader assumes the entire thing is from your point of view—you don’t need to remind them. (And if you’re not writing an opinion piece, your opinion shouldn’t be in there anyway.) Imagine that at the top of your document, in big letters, are the words “I think…” Then, just start writing. Don’t weaken your stance by inviting dissent. You’ll get plenty of that regardless.

6. Let your writing rest for a while and come back to it

Whether or not Hemingway ever said “write drunk, edit sober,” there’s wisdom in the principle of using a fresh set of eyes when you revise. Separate your writing time and your editing time so you can approach your work with clarity, and you’ll notice a slew of errors you may not have otherwise caught when you were going cross-eyed staring at the page. A little distance makes the heart grow fonder—and the red pen sharper.

When you do come back to it, read it out loud. There’s so much you’ll hear that you won’t see when you’re reading in your head. Read it to yourself, read it to a friend, read it to your dog—just say the words aloud, and your brain will naturally catch duplicated words or weird turns of phrase.

Ultimately, there is no singular set of rules for writing. There’s some right and wrong (in American English, “business” is spelled B-U-S-I-N-E-S-S and “color” doesn’t have a “u”), and then a whole bunch of things for which there are various schools of thought (AP vs. Chicago, etc.). There are some rules that are more unwise to break than others, but in general, consistency is key. Use the Oxford comma (or don’t), but pick a style guide, then write the same way throughout the entirety of your work—and watch as the red marks disappear.